updates about in season our cuisine reservations • contact location

The founder of Sushi Aoki, Yoshi Aoki (the father of the current chef), trained at the famous traditional sushi restaurant Nakata in Tokyo’s fashionable Ginza district, and in 1972 opened his own restaurant in the Kiyamachi neighborhood of Kyoto, naming it “Nakata” after his master’s restaurant.

That was the start of the Sushi Aoki story. In 1986 Yoshi Aoki returned to Tokyo and opened a restaurant in the Kojimachi area, this time renaming it “Sushi Aoki.”

At that time, his son Toshikatsu Aoki had graduated from Nippon Sport Science University and was studying abroad in America. Upon returning to Japan he began his apprenticeship at the highly-regarded Yoshino sushi restaurant in Kyobashi, not far from Ginza in Tokyo.

Just one year after fulfilling his dream of having his own sushi counter in Ginza, Yoshi Aoki passed away suddenly, and Toshikatsu at age 29 took over operation of the restaurant.

In 2007 he founded the Nishi-azabu/Roppongi location (now closed), expanding his staff, and at around the same time many of the young sushi chefs Toshikatsu had trained began to open their own restaurants.

In 2016 the Ginza location was renovated, and Toshikatsu took advantage of the opportunity to fulfill one of his father’s dreams of building another sushi counter in a private room for guests to enjoy. On this 45th anniversary year since Aoki’s history started, the restaurant name change to Ginza Sushi Aoki.

At a time when the number of young people in Japan to inherit our traditional cuisine, including sushi, seem to be dwindling, chefs like Toshikatsu Aoki are working to raise its presence on the world stage and are dedicated to training apprentices. 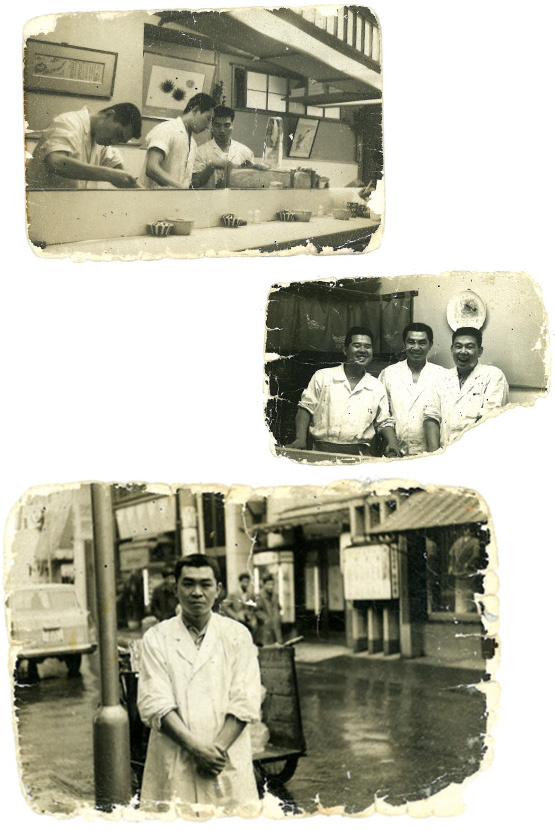